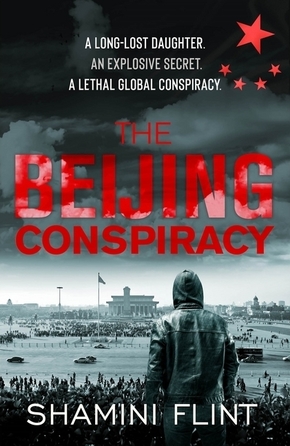 He resolves to go to China. A country he hasnt returned to since he witnessed the horrors of the Tiananmen Square massacre. While seeking his newfound daughter, Fei Yen, Jack uncovers explosive information. Both the Chinese and American governments want it. Now Jack is trapped in an impossible dilemma: save Fei Yen or prevent a war where thousands will lose their lives.

A LONG-LOST DAUGHTER. AN EXPLOSIVE SECRET. A LETHAL CONSPIRACY.

Ex-Delta Force soldier Jack Ford is trying to put the past behind him. But when he receives a letter from someone he hasn\'t spoken to in thirty years, claiming he has a daughter, he can\'t resist investigating for himself.

Soon he\'s on a plane to China, a country he hasn\'t returned to since witnessing the atrocities of the Tiananmen Square massacre. But on his search he stumbles upon explosive information which both the Chinese and American governments are desperately chasing. Now Jack is trapped in an impossible dilemma: save his daughter or prevent a war where thousands will lose their lives.

Character-driven as well as plot-driven, the story ominously ticks on like a bomb in the midst of suspenseful twists and turns QIU XIAOLONG, author of the Inspector Chen series, on A BALI CONSPIRACY MOST FOUL