Mass and Motion in General Relativity 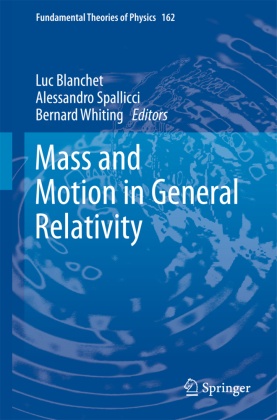 In this volume, leading scientists offer a multifaceted approach to mass by giving a concise and introductory presentation into their particular research on gravity. The main theme is mass and its motion within general relativity and other theories of gravity.

From the infinitesimal scale of particle physics to the cosmic scale of the universe, research is concerned with the nature of mass. While there have been spectacular advances in physics during the past century, mass still remains a mysterious entity at the forefront of current research. Our current perspective on gravitation has arisen over millennia, through the contemplation of falling apples, lift thought experiments and notions of stars spiraling into black holes. In this volume, the world's leading scientists offer a multifaceted approach to mass by giving a concise and introductory presentation based on insights from their respective fields of research on gravity. The main theme is mass and its motion within general relativity and other theories of gravity, particularly for compact bodies. Within this framework, all articles are tied together coherently, covering post-Newtonian and related methods as well as the self-force approach to the analysis of motion in curved space-time, closing with an overview of the historical development and a snapshot on the actual state of the art.

All contributions reflect the fundamental role of mass in physics, from issues related to Newton's laws, to the effect of self-force and radiation reaction within theories of gravitation, to the role of the Higgs boson in modern physics. High-precision measurements are described in detail, modified theories of gravity reproducing experimental data are investigated as alternatives to dark matter, and the fundamental problem of reconciling any theory of gravity with the physics of quantum fields is addressed. Auxiliary chapters set the framework for theoretical contributions within the broader context of experimental physics.

The book is based upon the lectures of the CNRS School on Mass held in Orléans, France, in June 2008. All contributions have been anonymously refereed and, with the cooperation of the authors, revised by the editors to ensure overall consistency.