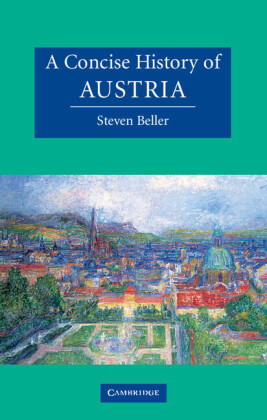 A Concise History of Austria

For a small, prosperous country in the middle of Europe, modern Austria has a very large and complex history, extending far beyond its current borders. Today's Austrians have a problematic relationship with that history, whether with the multi-national history of the Habsburg Monarchy, or with the time between 1938 and 1945 when Austrians were Germans in Hitler's Third Reich. Steven Beller's gripping and comprehensive account traces the remarkable career of Austria through its many transformations, from German borderland, to dynastic enterprise, imperial house, Central European great power, failed Alpine republic, German province, and then successful Alpine republic, building up a picture of the layers of Austrian identity and heritage and their diverse sources. It is a story full of anomalies and ironies, a case study of the other side of European history, without the easy answers of more clearly national narratives, and hence far more relevant to today's world.

'Steven Beller's history of Austria is not only concise - it is also incisive, witty and engaging ... Both tough and fair, but never insipidly nostalgic, in his assessments of the Austrian experience, Beller succeeds in highlighting the country's paradoxical and ambiguous role as both a foil to, and a distillation of, the broader patterns of European history.' Aviel Roshwald, Georgetown University